"We are Jewish, and you know what happened to the Jews, I said, they round them up and we come here, we didn't care if it is Communists or Royalists or Democratic, Conservative, we come here to become Partisan, to fight the common enemy — the Nazis." – Leon Idas.

Leon Idas was born July 11, 1925 in Athens, Greece. He grew up in an ethnically diverse neighborhood with his father, a textiles merchant, mother, four brothers, and sister. Leon attended a private school run by the Greek Orthodox Church. The Christian theology Leon learned proved useful as a means to keep his Jewish identity hidden during the war.

Shortly after the beginning of the German occupation of Greece in 1941, sixteen year-old Leon joined a group of partisans fighting for the liberation of Greece under a socialist banner. At that time, there were three groups of partisans in Greece: socialist, democratic, and loyalist. Leon fought and served as communications specialist with the partisans for more than three years, winding wires through the trees in various villages to establish telephone communication. 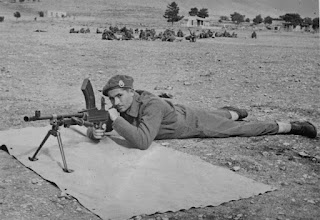 Leon Idas training to use a machine gun. 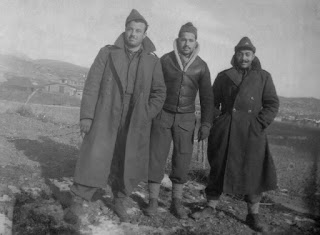 Leon spent more than three years with the partisans. During that time, Leon suffered through hunger, lice, a lack of adequate clothing, and had virtually no contact with his family, save for a single encounter with one of his brothers who was fighting for another partisan group.

At the end of the war, in December 1945, Leon left the partisans and returned to his family home in Athens. Once there, he was reunited with what was left of his family and learned that his parents and brother Gabriel had died in Auschwitz during this time. 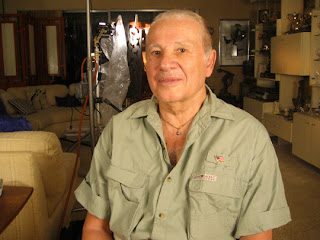 Leon eventually made his way to the United States with no more than 50 cents in his pocket, and settled in Baltimore, Maryland. He married and raised a family of three sons and one daughter, and started his own clothing business, Royal Vintage Clothing. Leon passed away on April 12, 2013, and was laid to rest in the private Jewish Family Cemetery on the island of Samos, Greece, alongside his grandfather Leon Goldstein and Uncle Albert Goldstein.

Visit www.jewishpartisans.org for more about Leon Idas, including seven videos of him reflecting on his time as a partisan. Leon's son, Sam Idas, has created a photo montage of Leon's life. He was gracious enough to share it with JPEF - click here to view the montage video.
Posted by JPEF Staff at 7:00 AM

I Saw Your Website Carefully. Thanks For Create Such Kind of Informative Website. Your All Content Is Relevant To Your Subject. I Say Keep It Continue, Because Your Website And Subject Is Meaningful For The Users. I Have Recommended Your Website With My Friends Also.
I Am Ritu Sharma. I Deal In Mumbai Escorts Service . I Am Very Hot And Sexy. I Have Five Years’ Experience. That’s why I Understand the Each Personal Needs of My Every Client. My Service Charge Is Low And Service Is Super. You Can Avail My VIP Escorts Service At Your Home Or In Hotel. I Am Comfortable To Provide Escorts Service In Local And Outside Also.
Visit http://www.escortservicemumbai.net/ Call +91- 9OO4OO9481
Visit The Links Below And Have A Look At My Various Mumbai Escort Services-
Mumbai Escorts
Mumbai Call Girls
Juhu Escorts
Andheri Escorts
Bandra Escorts
Mumbai Escorts In Vile Parle
Mumbai Escorts In Colaba

I Am Thankful To You For Create Such Kind Of Informative Website. Really It Is Useful According Your Current Topic. I Suggest To Keep This Continue For Those People, Who Are Looking For Such Kind Of Niche. After See Your Niche I Have Recommended Your Website With My Friends Also.
My name is Arpita Jain. I run my independent Mumbai Escorts Service. I am an independent Mumbai escort girl. My service charge is low according the current market price. My service is super, because I know very well the personal requirement of my each customer. I am comfortable to provide my Mumbai Escorts Service at your home or in Hotel. Visit- http://www.arpitajain.org/ Call- +91 9OO4458359
Visit The Links Below And Have A Look At My Various Mumbai Escort Services-
Mumbai Escorts Service

Nice information thaanks for sharing love it like it
Get meet with high Freelancer on fiverr.com for more please
lead generation
Targeted Email lsit
Hindimei.net